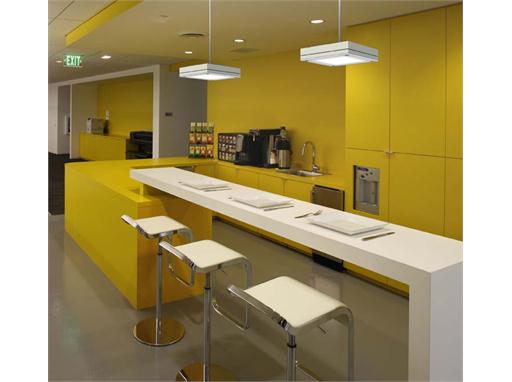 Peerless Mino LED luminaires are now offered in 1’ x 4’ and 1’ x 1’ models; energy efficiency increased by up to 15%.

ATLANTA – Peerless​ — a leading designer and manufacturer of architectural luminaires and one of the innovative lighting brands under the Acuity Brands​, Inc. umbrella – announces the release of an expanded and enhanced line of Peerless® Mino​​ direct ambient LED luminaires.

The entire product line has been upgraded with a new high-performance, high-transmission lens and is now available in a 3000K warm white color temperature option.

The new lens follows the Peerless proprietary Softshine® optical engineering standards to emit soft, uniform and glare-free that minimizes eyestrain and fatigue. The new lens also contributes to the increased energy efficiency of the luminaire by as much as 15 percent over the previous configuration and enables delivery of up to 108 lumens per watt.

“After being recognized with a 2012 IES Progress Report selection and 2013 Next Generation Luminaires award, Peerless Mino has been a highly specified luminaire,” says Peerless Senior Product Manager Jennifer Butler. “With the roll-out of the new sizes, greater efficacy and warm white temperature option, architects and designers now have a more comprehensive and complementary collection of Peerless Mino LED luminaires with which to realize their lighting visions for offices, hotels, universities, healthcare facilities, retail environments or other public spaces.”

Inspired in part by modern abstract paintings of the late 20th-century, Peerless Mino LED luminaires embody the same dynamic interplay of positive and negative space found in these works.

When illuminated, subtle gradient shadowing appears along the perimeter of the Peerless Mino luminaire lens surface. As Peerless Mino LED luminaires are viewed from different angles, these sophisticated abstractions shift in appearance adding drama and distinction.

Peerless Mino LED luminaires feature nLight® technology for controllability. In the recessed models, an optional built-in nLight module allows for easy Cat-5 “plug-and-play” connectivity with nLight control and sensor systems. For surface, wall and pendant models, a standalone nLight module can be ordered from Sensor Switch​​ to install above ceilings or inside walls. With the nLight module option, digital lumen management can also be specified to maintain constant lumen output, extend the longevity of the LED diodes and achieve additional energy savings of roughly 10 percent over the lifetime of the luminaire.

All Peerless​​ luminaires, including Peerless Mino​​, are available nationally through Acuity Brands sales representatives and authorized distributors. For additional information, please visit the Acuity Brands​​ at www.acuitybrands.com or Peerless​ at www.peerlesslighting.com.

Peerless makes Lighting for People® and the places we all inhabit – offices, classrooms, libraries, retail centers, transportation terminals, convention halls and other public spaces. Since our founding in 1892, the Peerless name has been synonymous with extraordinary illumination. Peerless LED and fluorescent architectural luminaires are among the most advanced in the indoor commercial marketplace delivering leading-edge modern design, superior optical engineering and energy-efficient performance. Peerless is located in Berkeley, CA, and is a business unit of Acuity Brands, Inc.