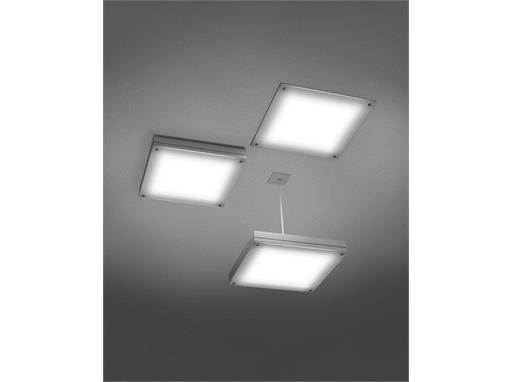 "Our Peerless Mino product features the same quality optics that have long been hallmarks of our indirect luminaires," said Meggan Kessler, Peerless General Manager. "In surveying the market, we saw that the accelerated integration of LEDs into architectural recessed luminaires was taking priority over visual comfort. With Peerless Mino, we've bridged this gap and proved LED lighting can be as kind-to-the-eyes as it is energy efficient."

Inspired in part by modern abstract paintings of the late 20th-century, Peerless Mino luminaires embody the same dynamic interplay of positive and negative space found in these works. Subtle gradient shadowing appears along the perimeter of the Peerless Mino lens surface when illuminated. As Peerless Mino luminaires are viewed from different angles, these sophisticated abstractions shift in appearance, adding drama and distinction.

The luminaires in the Peerless Mino suite are specifiable as nLight® enabled for additional energy savings opportunities. In the Peerless Mino Recessed model, an optional built-in nLight module allows for easy Cat-5 "plug-and-play" connectivity with nLight control and sensor systems. A stand-alone Sensor Switch® nLight module can be ordered, for installation above ceilings or inside walls, in connection with the Peerless Mino Surface and Pendant models. With the nLight module option, a digital lumen management feature can also be specified to maintain constant lumen output, extend the longevity of the LED diodes and achieve additional energy savings of approximately 10 percent over the luminaire's lifetime.

* Actual performance may differ as a result of end-user environment and application.