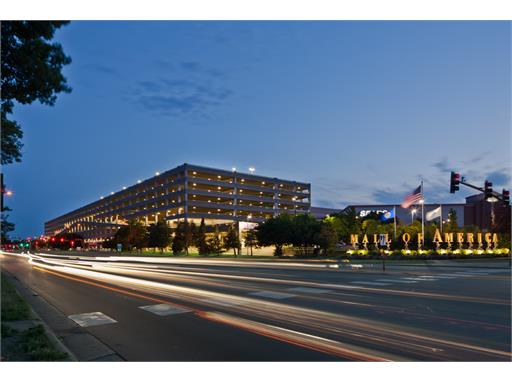 The Mall parking garages were previously illuminated with high-intensity discharge (HID) fixtures that consumed significantly more amounts of energy, produced lower light levels, and created high levels of glare. As a result, the Mall embarked on a comprehensive lighting renovation project to address specific energy-saving targets as well as goals to enhance parking garage safety and security through better illumination. In addition, during the assessment of which luminaires could best enable the Mall to meet its goals, the Mall was also challenged with some of the strictest municipal lighting codes in the country. These codes were adopted by the City of Bloomington, Minn. ("City"), where the Mall is located. Tersen Ratio PG LED luminaires met or surpassed all of the renovation project's requirements, and were installed throughout the parking garages, including the entryways, interior parking areas, stairwells and top decks.

"Acuity Brands LED luminaires achieved the highest reduction of wattage while meeting all of the City's requirements," said Charlie Brantl, project leader for the Mall of America. "Of the options we explored, the Tersen Ratio PG LED luminaires were the only luminaires that would pay for themselves in four years, give us the lighting levels that we needed and comply with the City's codes. The annual energy reduction was calculated at approximately 7 million kilowatt-hours. That's huge."

The increased light levels provided by the Tersen LED luminaires also helped the Mall enhance safety and security in the garages. Security officers can now see more details in their camera monitors, as well as farther into the depths of the deck. Additionally, reduced glare and even illumination levels provided by the new luminaires help make the parking garages more visually pleasing for visitors and employees.

"We were thrilled to work with the Mall of America to provide them with a lighting solution that met the stringent criteria for their new parking garage lighting," said Tim McKinney, Value Stream Manager, Tersen Lighting. "The Tersen LED luminaires direct the lighting where it is needed while minimizing light pollution, which was the goal for the communities surrounding the Mall."