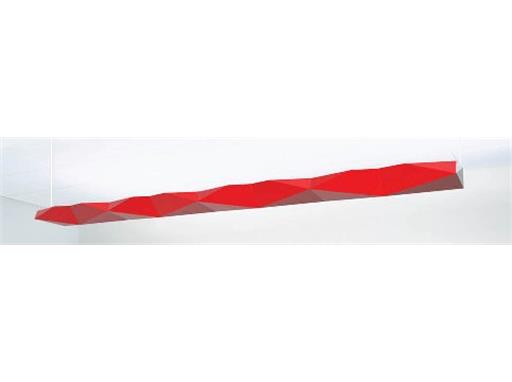 Peerless Lighting shows its answer to energy efficiency combined with visual distinction with its introduction of the Origami.

Suited for a variety of commercial and select residential applications, the Origami is influenced by the ancient art of Japanese paper-folding. It also takes visual cues from molecular structures and crystalline forms, with repetitive, angular facets and articulated surfaces that allow it to reflect light across the length of the fixtures. The effect: a kinetic interplay of shadow, light and color that varies as one views the luminaires from different angles.

The Origami is available in two unique facet patterns and in both 4' and 8' suspended and wall-mount options. Origami comes standard in four colors, painted aluminum and gloss red, black and white, and can also be ordered in custom colors.