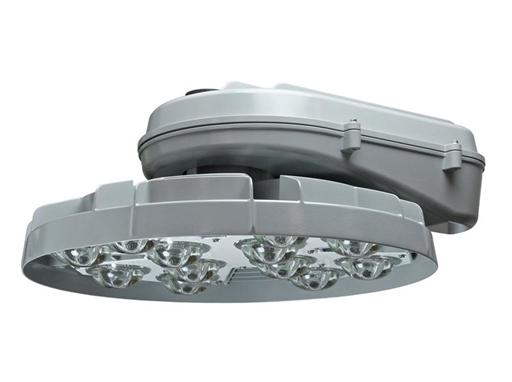 The HMAO LED II luminaire has been engineered for new and retrofit high mast applications such as parking lots, airports and roadways that demand better visibility and enhanced safety. With the latest in high-efficiency LED technology, the HMAO LED II has five dedicated distributions designed for all types of installations where high mounting is required.

By combining the latest in LED technology with an advanced glass refractor optic, the judges recognized how the HMAO LED II luminaire breaks up the image of LEDs with a glowing effect from prismatic glass optics. This reduces the glare normally associated with individual LEDs and eliminates hot spots on the targeted area, thus creating a more uniform lighting solution.