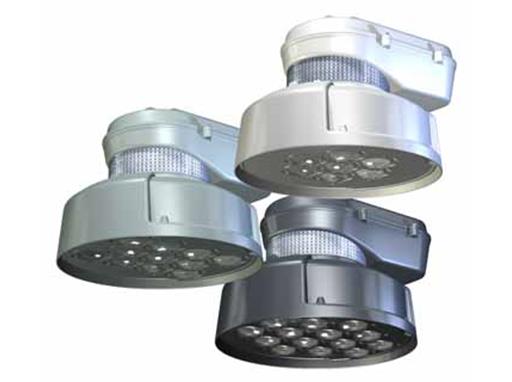 The HMAO LED luminaire features prismatic glass optics that provides overlapping distribution from each LED module to ensure excellent uniformity of light and eliminates potential dark spots. The uniformity of the vertical and horizontal lighting reduces glare. HMAO LED luminaires direct the lighting distribution on task due to the high efficacy of the LED chip-on-board modular light engine. Also, by minimizing the direct view of the source LED with prismatic glass optics, the HMAO LED luminaires help improve visual comfort. The 180-degree rotating optical assembly can be aligned "street side" with roadways for asymmetric light distribution.

In addition, the HMAO LED luminaire is 3G rated for high vibration applications. Adjustable twist-off photocontrols come standard, and the luminaire is compatible with the ROAM® wireless monitoring system from Acuity Brands.