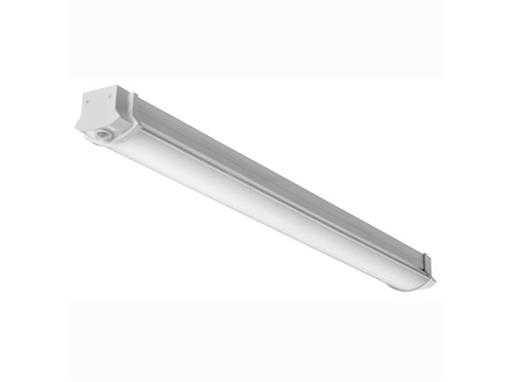 The W Series luminaires feature integrated controls to maximize energy savings in low-traffic or low-occupancy areas such as corridors, stairwells and restrooms.

Acuity Brands announced today the introduction of the Lithonia Lighting® W Series luminaires that feature integral occupancy sensors to manage lighting usage in low-traffic or low-occupancy areas such as corridors, stairwells and restrooms. The luminaires automatically turn on or off as occupants ascend and descend stairs, walk corridors or enter a seldom used space, significantly reducing energy consumption by not lighting the space when it is not in use.

The W Series luminaires are available with energy-efficient LED or fluorescent lamps and can be configured for surface or wall mount applications. The luminaires' linear-fluted diffuser coordinates with the Lithonia Lighting RT, VT and ST Series volumetric lighting products and can complement the look of both traditional and contemporary spaces.

"The W Series architectural luminaires combine energy-efficient performance with a sleek, minimalist design at an affordable price," said Dave Ranieri, Acuity Brands Lighting Vice President and General Manager, Indoor Lighting. "To save energy, luminaires turn off when not in use but embedded sensors can easily detect small motions and walking motions that turn the luminaires on. This helps keep occupants safe and comfortable in the environment."